Samson is a mix of wolf and Alaskan Malamute. We don’t know for sure since we could not contact the breeder. Samson came to us after he and his litter mate Noah were surrendered by their former owner in November 2007. Noah was adopted shortly afterward to a local family.

Samson was born in November 2005 and weighs about 110 lb. He is a big cuddly bear that just loves attention and doesn’t have a mean bone in his body. He loves to bat you with his paw as you give him head scratches and belly rubs. He will be appearing in a Disney movie to be released in July 2010, along with Bandit, Takoda, and Sierra. The movie is called Sorercer’s Apprentice. 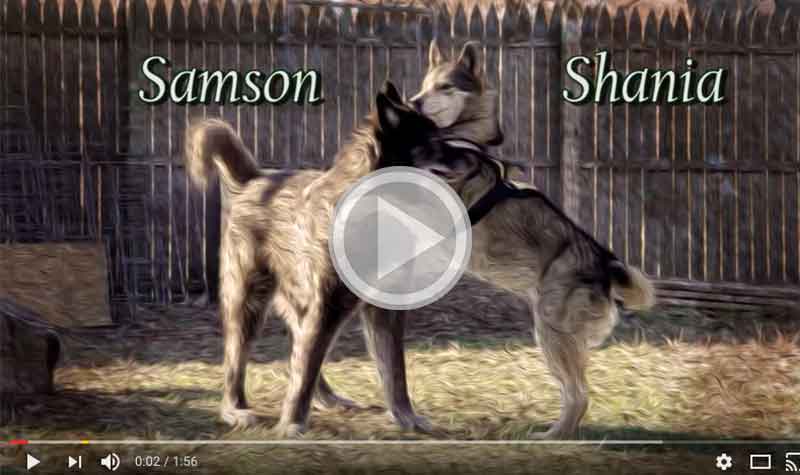