Naiche’s name in Apache means “mischief maker”.  Although he has gotten calmer with age, Naiche still can be mischievous with visitors to the farm, sometimes pulling on loose untucked shirts or down jackets.  He enjoys attention from both volunteers and visitors, enjoying rubs behind the ear and sometimes belly scratches. Naiche lives with Chante in a spacious one acre secure enclosure with lots of room to run and things to play with.  Naiche was born in the Spring of 2010.  He was surrendered to Howling Woods Farm after being purchased from a breeder in Ohio by someone without the proper containment for a high content wolfdog.  Naiche is mixed with Alaskan malamute. 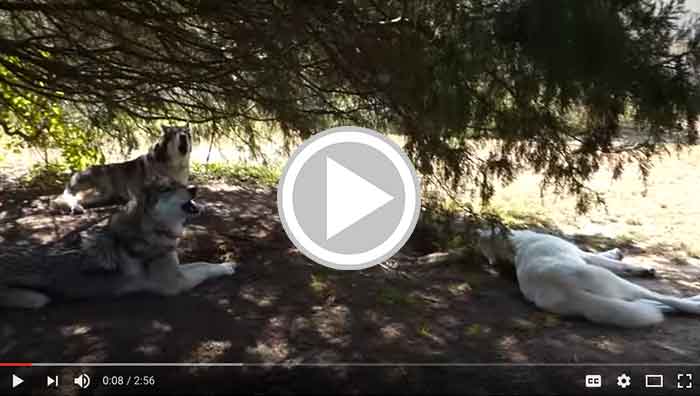