Winona’s is a very unique story.  In 2011 Winona was found on Christmas Eve roaming around BROOKLYN!!  Although found with a collar on, no one came forward to claim her, because she was an illegal wolf dog in New York.  Winona has been with us ever since, and is the matriarch of the Howling Woods Pack!  Winona is a fairly dominant, but extremely friendly dog once she knows you. We affectionately call her pen “Winnie’s Salon”, because she will rub and lick your head and create her own hairstyle just for you!  Winona lives with her penmate, Jack. Since Winona is an escape artist and rare but extreme climber for a dog, for her safety she was never adopted out and resides in a covered enclosure with us at the Farm. 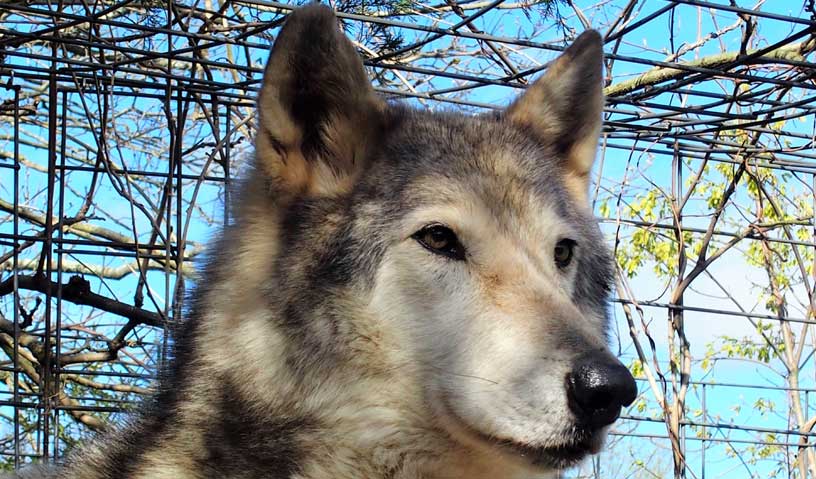