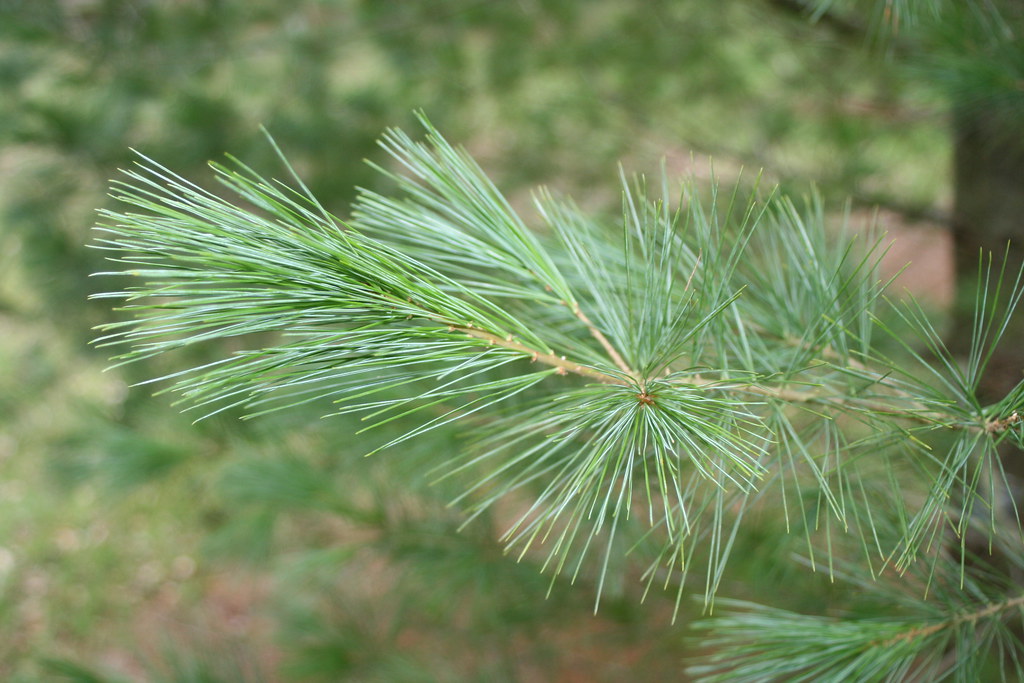 The white pine, often used as a Christmas tree, is a hardy tree.  It has clustered soft blue-green needles.  Eastern white pine forests originally covered much of north-central and north-eastern North America. Only one percent of the old-growth forests remain after the extensive logging operations of the 18th century to the early 20th century.