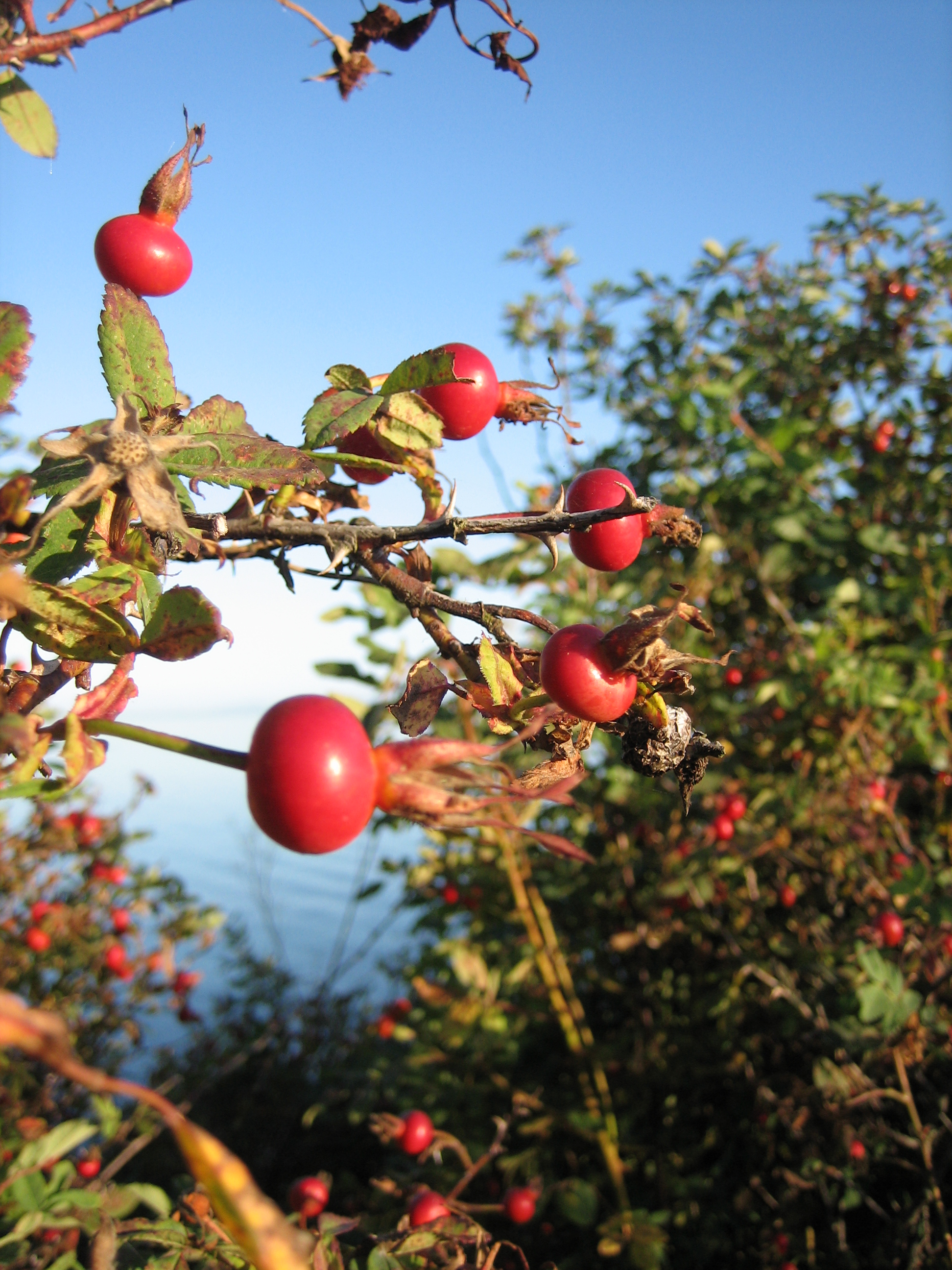 Rose hips develop on wild roses as the flowers drop off. The rosehip, also called the rose haw, is actually the fruit of the rose. These fruits are one of the most concentrated sources of vitamin C available.  The fruit, known as rosehips, appears in early summer, ripening throughout the season and into autumn.

Rose hips have a tart flavor and can be used to make jelly, jam, soup or oil, or can be alternatively used to flavor tea. During World War II, the British government used collected rose hips to make rose hip syrup as a source of vitamin C to replace citrus fruits that were impossible to get.